The Map Editor bundled with WormsPX allows you to add complex objects on the map, such as trigger zones, teleport areas, and all kinds of things. Simply go to the "Worms Armageddon/Editors" directory and open MEd.exe to use it.

PX comes with a bunch of libraries which are coded by the PX development team. They allow you to add more objects to the map. To add a library, open Scripts -> Libraries while you are editing your map.

First, open your map (32-bit maps are supported). And add the libraries below: 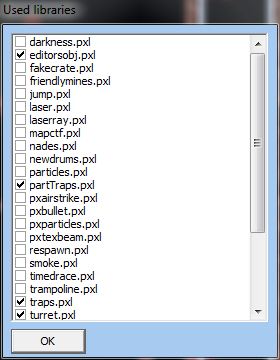 I'm getting an access violation error. What should I do?
Make sure that your map doesn't have a transparency channel.

On the left side of the editor, you have a menu where you can create new objects, change their parameters or copy them.
After creating an object, your entity will appear on the map.
Let's suppose you want to create a mine on the magma of this map. 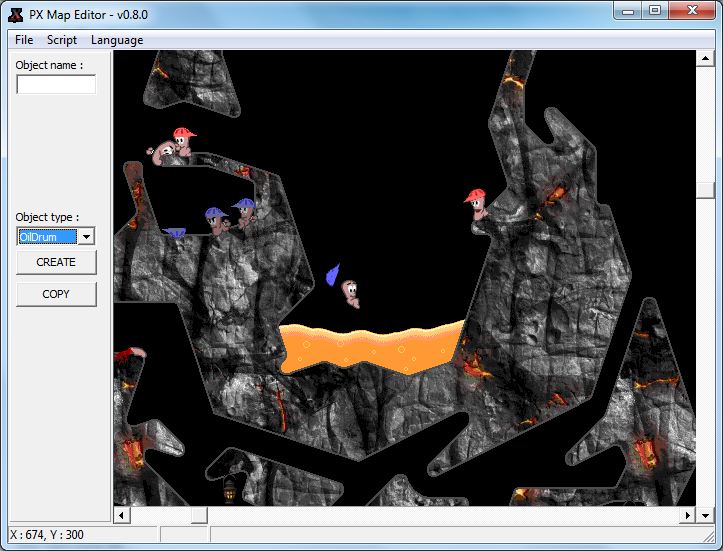 A mine should appear on the top left of the Editor. Place it on the magma with your mouse.
Now let's see about the parameters. Each object has its own parameters. The parameters are values which are used to change the object. On the mine, we have 5 parameters. 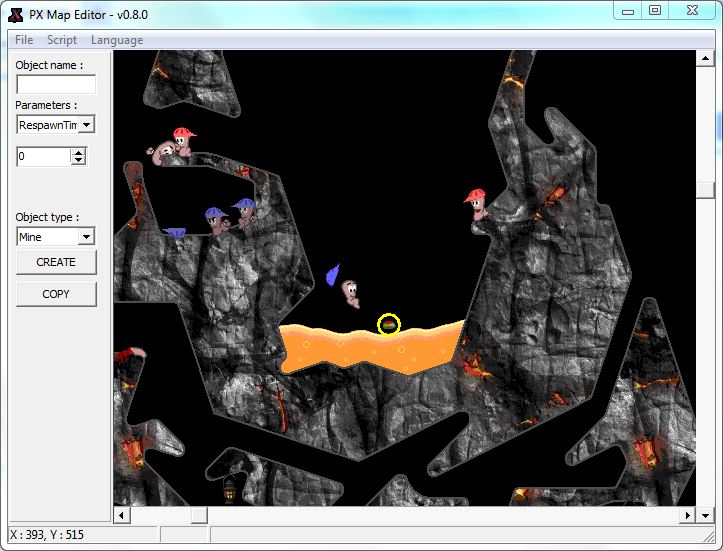