First things first: you need to create a new scheme file. Open the Scheme Editor, and you'll be greeted by this: 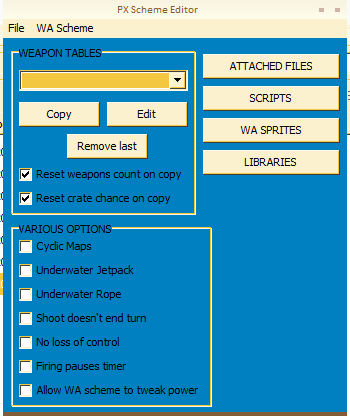 What you want to do is go to File -> Open, and then open the default.pxs scheme in the PXSchemes folder. 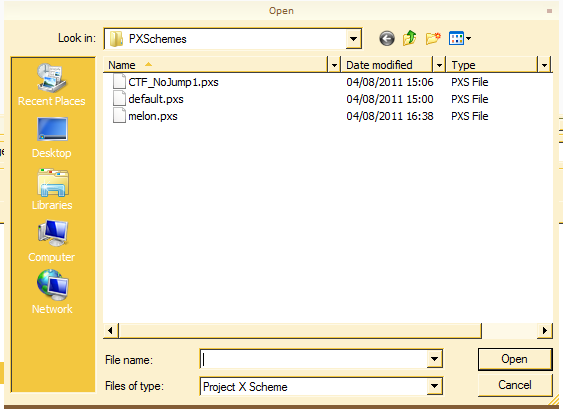 Looking back at our main screen, we can see that we have the option to edit the Weapons Table. We could, in fact, make a new weapons table (and therefore double the amount of weapons we could use in the game), but since we are only going to edit one weapon, there isn't much point. Push the Edit button, and we move to the Weapons Table screen: 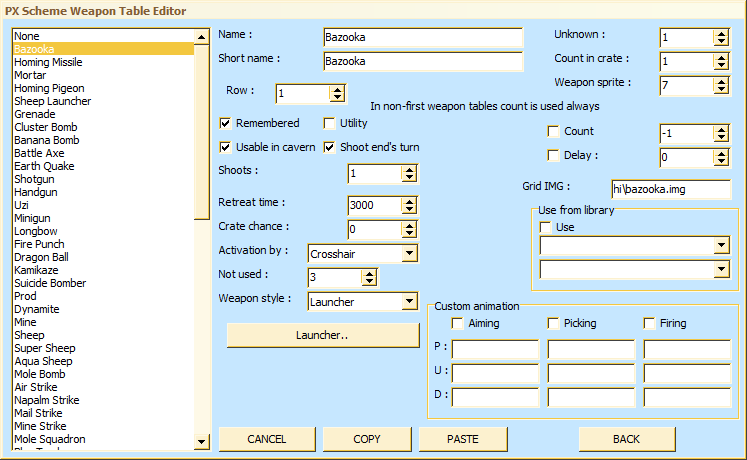 Here we can select a weapon (in this case, Bazooka) and look at all its lovely settings. There's plenty to fiddle around with here, but we're just going to change the name:


We're going to click on the Launcher... button, and this brings us to the Launcher Parameters Window: 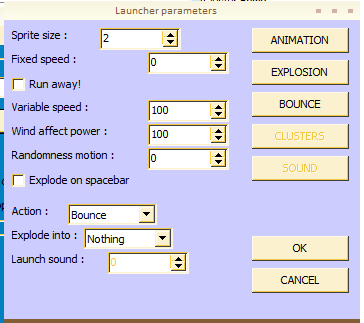 This is where we can change the way the intial projectile works. We can tell it to bounce, to explode (or explode into clusters or fire), home in, fly around like a supersheep, dig... all kinds of things! For now though, we are just going to change the Wind Affect Power (which is a percentage of how much the wind affects the projectile) and the Randomness Motion which affects how randomly the projectile moves as it follows its flight path. 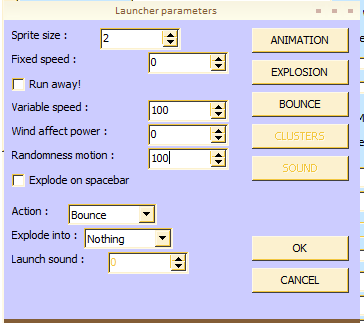 If we click on the EXPLOSION button (or the other buttons) we can edit those aspects of the weapon. The BOUNCE button will allow us to configure if the weapon bounces and how many bounces it does - it also acts as a method for exploding on collision, and allows you to set just what it collides with. You could make a homing missile that doesn't explode on land, and only explodes when it hits worms! We aren't going to change the EXPLOSION stuff though - a Bazooka explosion is just fine the way it is. 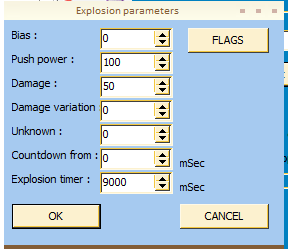 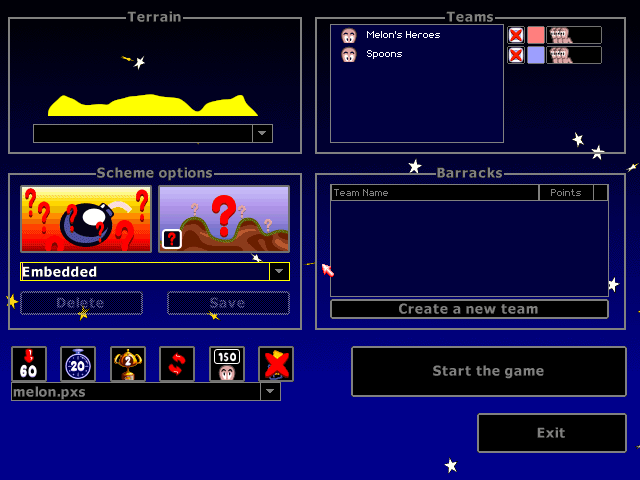 Save your scheme, and select it ingame!

Once you're in the game, select your shiny new weapon! 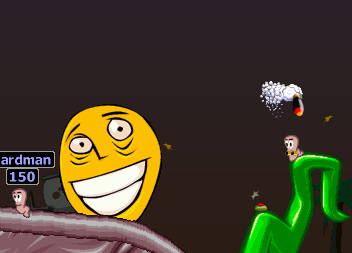 Oops! Maybe a bit too random!